How We Promote British Values

How We Promote British Values at Ingoldisthorpe CE Primary School

At Ingoldisthorpe VA Church of England we promote British Values through SMSC (Social, Moral, Spiritual and Cultural) planned curriculum opportunities within school. For a definition of British Values within SMSC please read the attached document "SMSC Guidance within maintained schools" which was published in November 2014 from the DfE.

The Deputy Mayor and Deputy Mayoress spent time in each class answering the children’s challenging questions in their quest for knowledge of how local government works. They gained a real insight into the traditions, values and ideas of democracy that underpin our way of life.

The children also listened keenly to PCSO Spencer’s talk on the rule of law, asked him a range of probing questions about his vital role in the community, and got a chance to push the button that started the police car’s siren wailing around the school grounds.

The Acorn reception class began their day with a British breakfast, tasting different foods such as Welsh soda bread, Scottish porridge, and toast and English marmalade.
Other activities during the day included a Courtroom Session, where Maple class teacher, Miss Amy Nelson, presided over matters, judge’s wig and all. The children stood in the dock, voted and got a chance to learn and voice their opinion about the differences and similarities between the rule of law, religious laws, and home and school rules.

“The children had a fantastic fun day of real-life learning,” said head teacher, Sean Wright. “It was wonderful to see the children so focused on learning as much as they could from our community VIPs, as well being immersed in our British cultural values.” 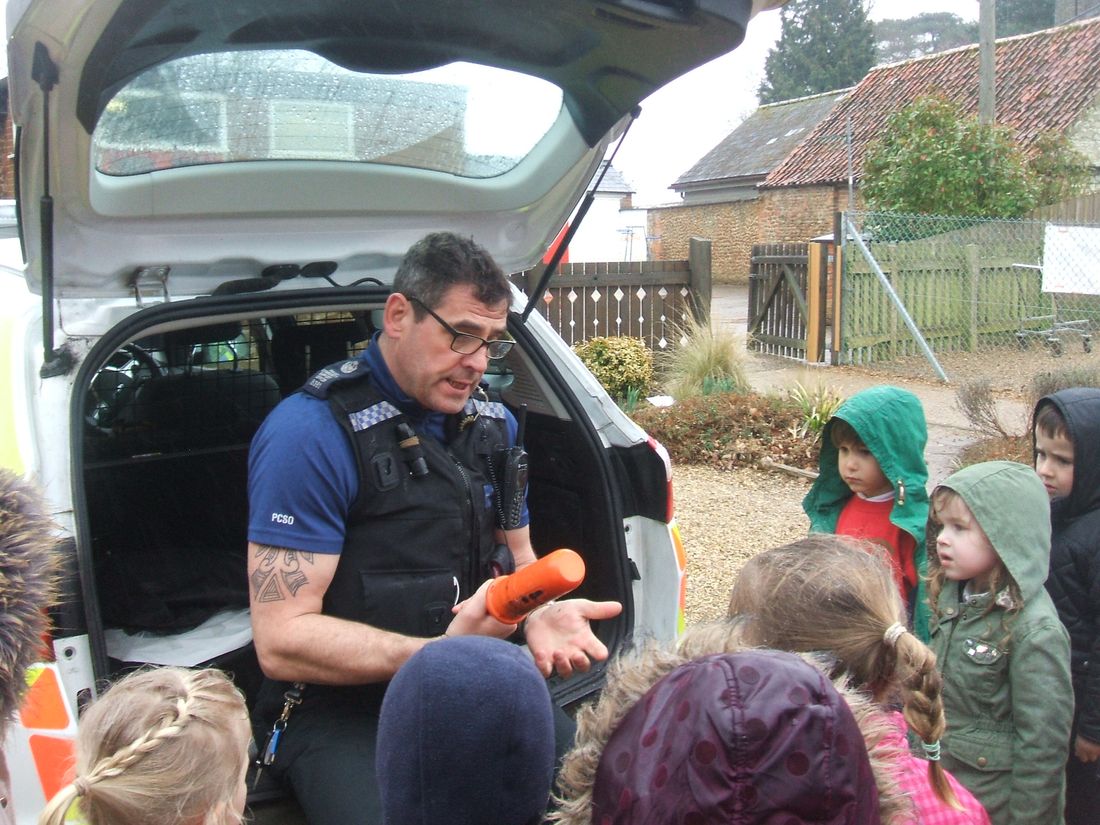